Will and Leslie had to live and learn, and with this they found that having a pet pig is nothing like having any other animal they had experience with. Every day they found another bit of information including the fact that this little bundle of love could live to be 20 or more years.

The following spring, Will and Leslie moved into an apartment downtown Marshall. By this time, Penelope was very well litter trained but was bored in a 400sq ft apartment. Mom and Dad took her for walks frequently but this little girl needed more. Eventually her boredom began to transfer to anger. She slowly became grumpy toward guests until one day she bit a small child in the face that was crawling toward her. 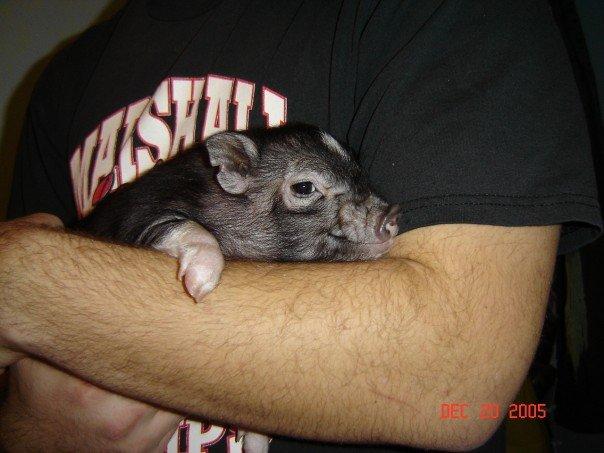 It was understood what needed to be done. Penelope needed some space where she could explore and not constantly be tethered and controlled physically. She needed some freedom. That fall a new home was purchased and Penny was given what she wanted, or so Will and Leslie thought. But this didn’t fix the problem. Slowly Will and Leslie found resources that helped give them ideas as to how to help Penelope overcome her feelings and behavior. Their saving grace was Susan Magidson at Ross Mill Farm in PA. 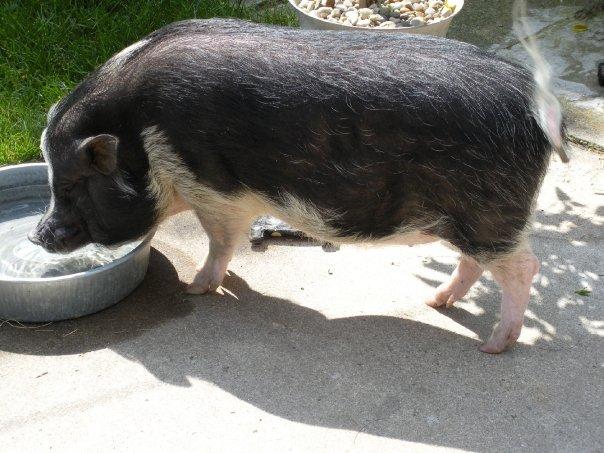 Susan offered information to help adjust Penelope’s environment, diet, and also how Mom and Dad reacted toward her. Soon they found that her behavior was a result of operator error! Will and Leslie felt awful at how poorly they were raising their little girl but the little changes provided drastic results for Penelope.

The most important and vital change that was made, was introducing Rosco into their home in 2009. Rosco was adopted from Ross Mill Farm at the age of 2 ½. Will and Leslie were unbelievably scared of adopting another since after all, the first was still having some aggression issues at 3 ½ years old. It took approximately 3 months to integrate Rosco and Penelope but it was one of the best decisions Will and Leslie ever made.

Soon Will and Leslie realized that their small home and city lot yard was not nearly enough for 2 pigs. So again they picked up and moved to a home out in the country where they currently reside. Rosco and Penny have about ½ an acre to explore, graze, scratch, sniff, root, roll, and run… and they love every bit of it. 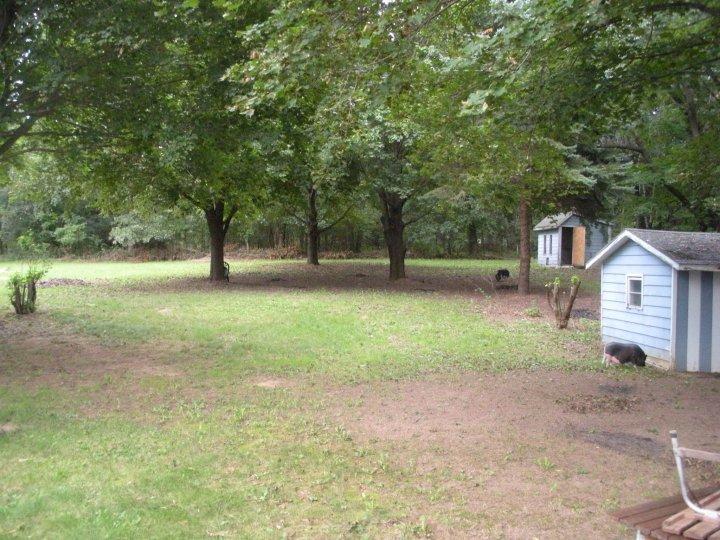 We realize how hard it is to start with a piglet without the experience beforehand. We also know how much of a burden it can be to struggle with an aggressive pig. Therefore, we want to share what we know in hopes that others don’t have to learn the hard way.

Over the past few years we have really grown to love pigs in a way we never thought imaginable when we first got Penelope. This passion in us led our hearts to try to help with depressing and tragic state that the pet pig population is in. Thankfully we had the resources to help us but many people do not have that and give up on their piggies too soon leading to pigs living in the wild, in sanctuaries, to be up for adoption, and/or euthanized. There are also many breeders misinforming buyers about size of full grown pigs causing owners to give them up once realizing the truth. Therefore, we feel strongly about adoption and want to encourage anyone considering pet pigs to choose adoption rather than purchasing from breeders.

We decided to start boarding when we became aware of the difficulties involved with piggy care during our vacations. We could make it work with family and friends and still do, but we realize how time consuming and inconvenient this can be for them. Also, we were finding that since they had no knowledge of how to treat a pig, we were having to leave a lengthy list of instructions. So give yourself a break, and leave your little one(s) with pig people who understand. 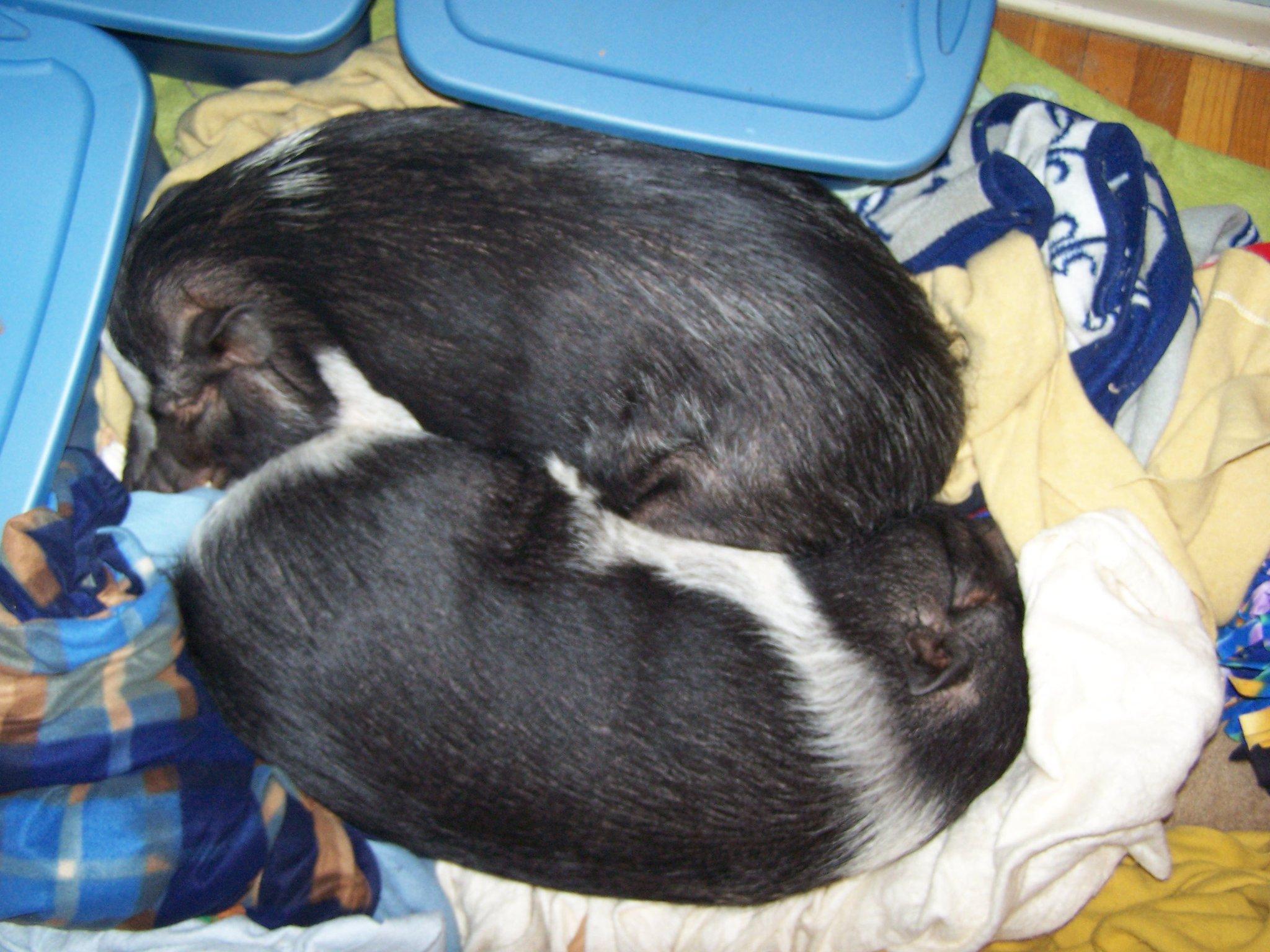