We often come across ill-mannered pigs,  but none so hot and cold as Ducky.  When he first arrived, we weren’t able to get him out of his pen for feeding time without him attacking us continuously. Little by little we were able to train him to be patient and calm while we were getting his food around. Now, he is able to follow us out and be patient without attacking us. We can pour his food, redirect him, and pet him for a few minutes and then let him have his food without attacking us.

He has come a long way in the few months that we have had him.  Like all pigs, he needs boundaries and a sense that he is not the top hog among humans. However, when food is not involved he is a sweet and gentle loving little piggy. He loves to lie between our legs and get groomed; he’ll even flop over for hoof trimmings!

Ducky is a good pig that will mellow out with age. When he is done with his terrible twos, and threes , he will slow down and eventually be well mannered all the time.

We have really enjoyed having Ducky around, because we always have a sweet spot for the pigs that make lots of progress!

He fit right into our herd since he seldom fights, which the herd was happy for!   He enjoys his outside time, and he scratches on everything.   He blew his coat when he was here, which for white pigs means a lot of sun screen and grooming. He was just a pig being a pig!

Here he is showing off his post bath physique.  What a handsome man! 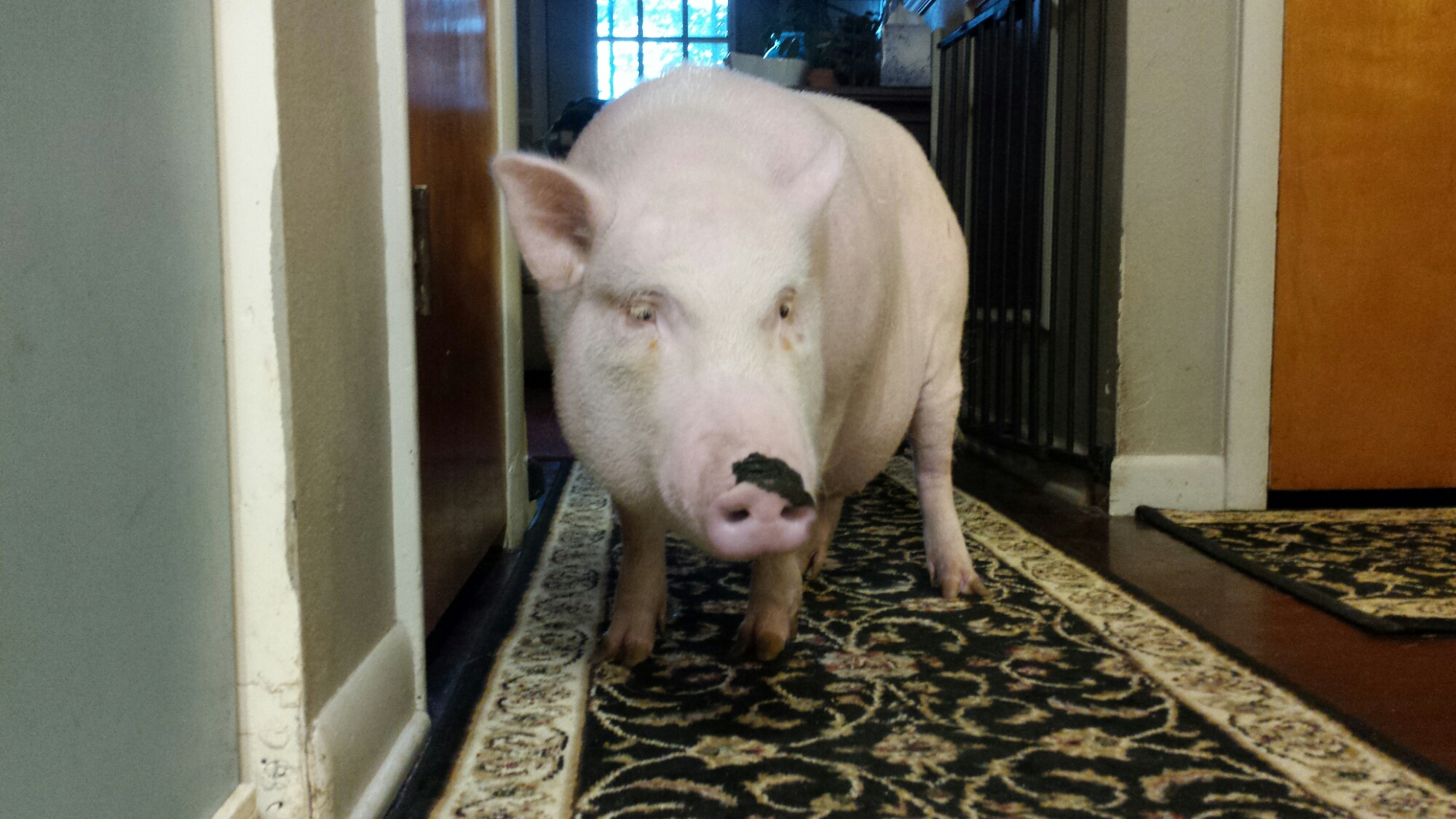 The Three Most Recent Posts

Past Posts by Month